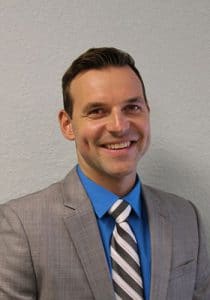 Dr. Jeff Getbehead was born and raised in Troy, NY and graduated as valedictorian of his class from Averill Park High School. He went on to graduate Magna Cum Laude with honors from Tulane University in New Orleans, LA with a major in psychology and a minor in biology. He then joined Teach for America and taught 5th grade science in New York City and biology and health in New Orleans, LA. After working in a research lab on epigenetics and breast cancer as part of an MPH degree from LSU Health Sciences Center, his life was interrupted by Hurricane Katrina. Several important life decisions brought him to Life University in Marietta, GA where he graduated Summa Cum Laude with his Doctorate of Chiropractic degree. He also served as President of the Life University Neurology Club and is board-eligible for his chiropractic neurology certification. Dr. Getbehead has served on mission trips to Haiti, Dominican Republic, and El Salvador, and also completed an externship in Sweden. He practiced in Ft. Lauderdale, FL for 8 years before moving to Georgia. He has served as the Vice President of the Broward Business Networking Group (BBNG) and the Broward County Chiropractic Society. In 2017, he was awarded the Young Alumnus Award from Life University. He currently serves as the President of the Life University Alumni Association, and provides externship experiences for graduating Doctors of Chiropractic. He lives in Canton, GA with his wife Nicole, son Jackson, and doberman Sasha. 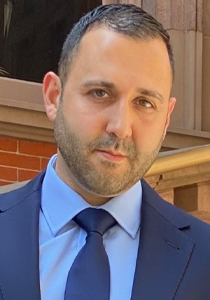 Dr. Sal Gerami grew up in Sandy Springs, GA. After graduating from high school, he obtained his Bachelor's degree in Biology, with a double minor in Chemistry and Mathematics from Georgia State University. Shortly following his graduation, an accident led him into his friend's chiropractic clinic. Dr. Sal always knew he wanted to do something in the healthcare field, but experiencing the phenomenal results first hand inspired him to pursue a Doctor of Chiropractic degree at Life University in Marietta. Dr. Sal then graduated with a Doctorate of Chiropractic (DC) in 2013, with a focus on treating athletes. Dr. Sal stays active, and loves to play Soccer, Tennis, and Basketball. In doing so, he has experienced many injuries such as ligamentous sprains/strains, hip, knee, ankle, shoulder, elbow and wrist pain, which all have been treated successfully and resolved through Chiropractic care. Having experienced these types of injuries has enabled him to better understand the nature and mechanism of them, hence enabling him to better treat these conditions. 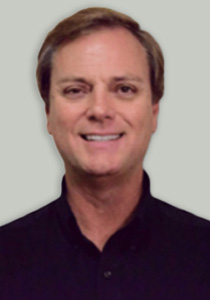 Dr. Robinson was born in Cairo Ga. and graduated from Cairo High School. Uncertain of a career and one who was always involved in sports he decided to attend Valdosta State College and graduated with a bachelor of Science in Education. Dr. Robinson taught Health and Physical Education and Coached Football, Basketball and Baseball for four years.

However, during his second year of teaching he was involved in an Auto Accident that caused a severe concussion and whiplash injuries. During his recovery he was introduced to Chiropractic. The amazing results he got from those treatments made a huge impression on him, so much that he started asking his Chiropractor a million questions about this profession and how to pursue it for a career.

Two years later Dr. Robinson matriculated at Life Chiropractic College in Marietta Ga. After graduation Dr. Robinson was in private practice for 26 years. During those years in private practice Dr. Robinson continued being involved with sports of all types. He regularly treated all athletes at the local High School no matter what sport they were participating in and was very involved with Amateur and Professional MotoX athletes. His greatest pleasure in practice is serving all the people of his community and helping them not only get out of pain but to help them Regain and Maintain their Health through Chiropractic Care. Dr. Robinson's philosophy of Health is 1. Have a Positive Attitude, 2. Exercise Regularly, 3. Eat Healthy, 4. Get regular Chiropractic Adjustments. Dr. Robinson is a past President for the Georgia Chiropractic Association for District 5 and he also served as President of the Cairo Rotary Club in 2007. In his free time Dr. Robinson loves to play the drums but also enjoys Cycling, Fishing, Scalloping, Hiking, Riding Horses and just spending time with his Wife Sherry and daughters, LeeAnne and Krista. 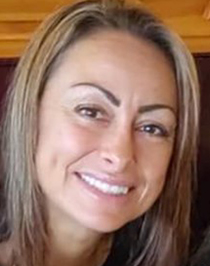 Trish was raised in Palm Beach Gardens, Florida until the age of 23. She then decided to move to Texas to continue schooling for Court Stenography. She put herself through school working as a make-up artist and skin care specialist. Only to find her passion was not Court Stenography but it was in fact, helping others feel and look their best. After almost 10 years as a make-up artist and skin care specialist Trish decided to put down the makeup brushes in 2011 and pursue a career as a chiropractic assistant, helping others feel their best naturally. For almost 10 years now she has settled in Canton, GA with her husband and two daughters. She absolutely adores being a mom, a wife and raising her family, all, while fulfilling her dream of working with others to help people feel their best, living happier and healthier lives through chiropractic care. 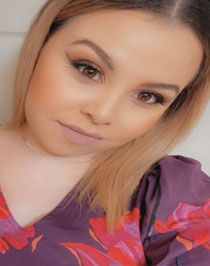 Joseline was born and raised in Redondo Beach, CA. Family is everything to her, especially due to her and her two younger brothers being raised by both her parents and grandparents. Due to Covid Joseline had to make a tough decision to leave Redondo Beach and move to Canton, GA for more growth opportunities. Luckily for Joseline she has close family here in Canton too, who were able to help her move to GA and start and new career path. Joseline is currently trying to find her passion in life but one thing she knows is she loves to help others in any way she can. Joseline looks forward to one day being a mother, hopefully of twins- one boy and one girl and traveling the world- visiting all the Disneyworld’s around the world, with her future husband and kids as she has a huge passion for Disney. Although she misses Redondo Beach she does enjoy going out and exploring Georgia but as of right now one thing she absolutely loves is the number of trees and greenery since she come from growing up at the beach. Joseline is excited to see what this new change in her life has in store for her, but one thing is certain she knows she is in the right place. 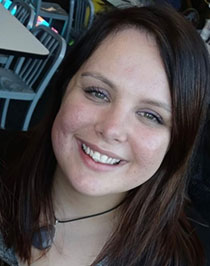 Kelsie is from Cobb County, Georgia. Spent 15 years in the restaurant industry. Being highly proficient in this industry she was able to travel around the United States in her early 20’s for a few years able to obtain jobs all around the states to further her traveling endeavors. When she needed some money here and there bouncing from town to town, she would tell jokes for money to get to her the next destination. After a few years on the road, she decided to come back home and met her now fiancé Nick. Few years into dating they uprooted their lives to go live and learn how to take care of a farm in Costa Rica. Living on a sugar cane and Tilapia farm at one point, Kelsie obtained skills that will hopefully further her dream of owning her own farm one day. Then going to a fully self-sustaining farm with cattle, chickens, horses, herb and vegetable gardens she learned about her love for the simpler yet hardworking life she truly desires. After spending 8 months in Costa Rica, she came back and once again went back to what she knew best, restaurants. Then a year later she had her son Felix and while being pregnant with Felix is when she had done much needed soul searching and knew she wanted to become a massage therapist. Being in the healing arts is where Kelsie had also seen herself, just took a bit for her to understand exactly where her talents were needed. Shortly after having Felix she went to Gwinnett College of Massage and got her certification in massage therapy. 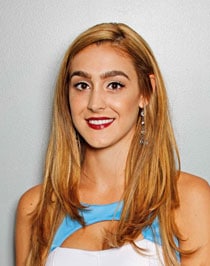 Nicole was born in Utica, NY where she spent her childhood years until she moved to Fort Worth, TX in 2009. She later moved to Jupiter, FL and worked on the executive side for a national fitness company for several years. Using her experience in business, she moved to Ft. Lauderdale and took a position as the executive assistant for a national pet retail giant, in addition to managing and growing several related businesses. She then continued on to take a position for a south FL technology alliance, forming business partnerships and hosting large technology conferences. Nicole and Dr. Jeff met while in Ft. Lauderdale and her journey into discovering the chiropractic profession grew from here. What started as getting regular adjustments turned into her opening her own health care billing company. She took her past experience in business development and applied it to Dr. Jeff's passion for chiropractic to help create Canton Chiropractic and Massage. She and Dr. Jeff currently live in Canton, GA with their son Jackson and their doberman, Sasha.